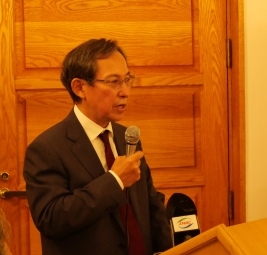 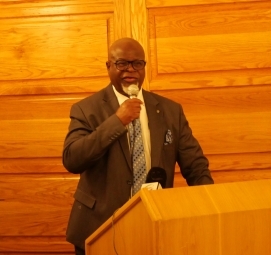 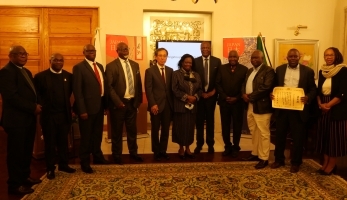 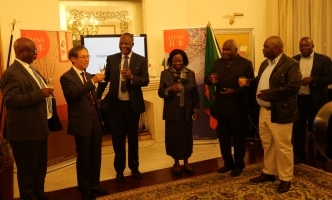 On 15th June , H.E Mr. MIZUUCHI Ryuta, Ambassador of Japan to the Republic of Zambia hosted the Japanese Foreign Minister’s Commendation for the University of Zambia, Samora Machel School of Veterinary Medicine.

Dean of the School, Dr. King Nalubamba received the Foreign Minister’s Commendation on behalf of the School of Veterinary Studies, which is the flagship project and symbol of Japan-Zambia cooperation. Built in 1986, by the Japanese Government, the school has partnered with Hokkaido University in Japan and has had over the years received more than 200 long and short-term researchers.

To read the speech by ambassador MIZUUCHI at the Ceremony, please click here.