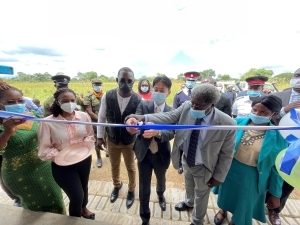 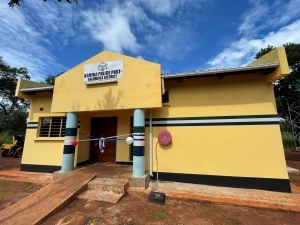 The staff houses are expected to play a principle role in providing former refugees and Zambian people in the resettlement scheme with improved social services such as health and education and enhancing staff engagement, which will further facilitate the community activities. The police station will serve the public safety and enhance the quality of life in the community.

We hope these facilities are effectively used to improve the access to basic needs in the resettlement scheme. Japan will continue to support the Zambian Government in its effort to accepting refugees and integrating former refugees.

To read the speech by Mr. OMINATO at the Ceremony, please click here.