Embassy of Japan in the Republic of Zambia

Awarding Ceremony of the Foreign Minister's Commendations for FY 2018 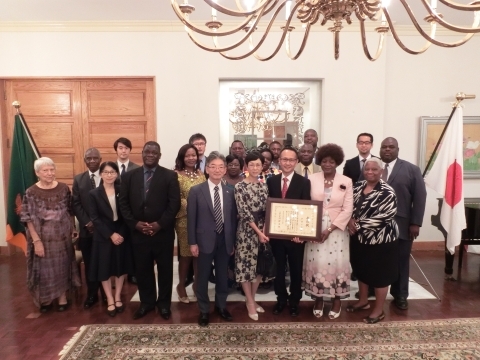 On 17th October 2018, the Embassy of Japan hosted an awarding ceremony of the Foreign Minister's Commendations for FY 2018 at the Ambassador’s residence. The Foreign Minister's Commendation is awarded to individuals and groups with outstanding achievements in international fields, to acknowledge their contributions to the promotion of friendship between Japan and other countries and territories.

This year, Mr. Kazuyoshi Nakai, JICA Expert, received the award in recognition of his service in promotion of international cooperation in the technical cooperation field. Mr. Hidenobu Sobashima, Ambassador of Japan, presented him with the award certificate from Mr. Taro Kono, Minister for Foreign Affairs of Japan. In response, Mr. Nakai expressed how glad he was to receive the commendation. 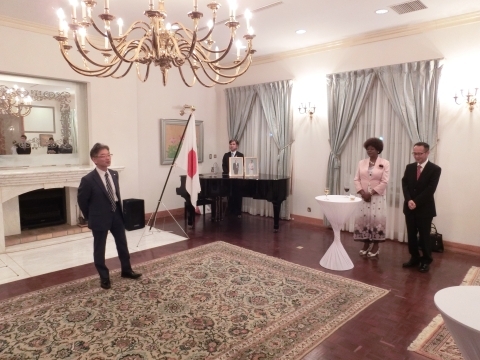 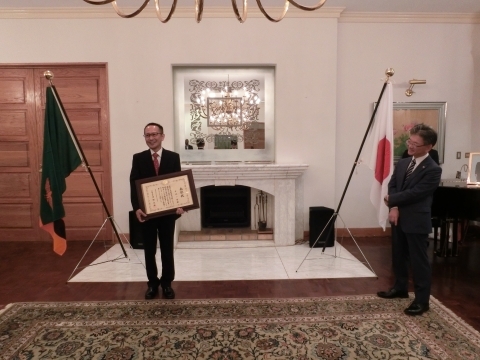 Mr. Nakai has been working as a JICA Expert for 25 years in such countries as the Solomon Islands, Kenya, the Philippines and Zambia. He introduced in the Philippines the method of “lesson study” as a unique Japanese education method in JICA activities for the first time. In Zambia, he spent 12 years from the introduction to dissemination of“lesson study” to contribute to the capacity building of teachers of various fields in Zambia.

For his contributions, Mr. Nakai was awarded by the President of JICA in 2014. The “lesson study” was nominated as one of the finalists of the DAC Award in 2015 and was acknowledged by the Brookings Institution as one of the best “Millions Learning Projects” in the same year. 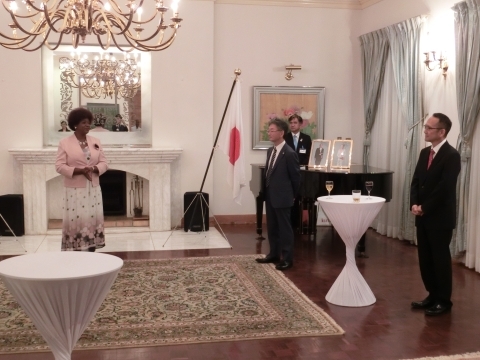 Over 20 guests from the Government of Zambia and JICA, among others, attended the ceremony and the representative of the Ministry of General Education was the Guest of Honor then, to highly appreciate his work, and all who gathered there congratulated Mr. Nakai.

To read the speech made by Ambassador Sobashima at this event, please click here.